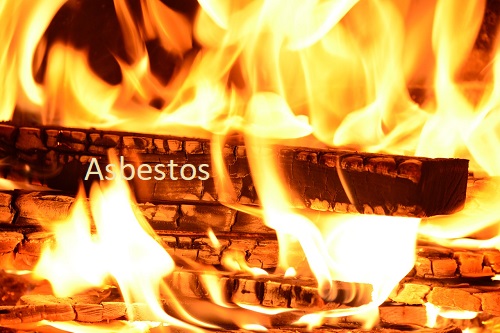 On Friday 02/06/2017 it was confirmed that potentially deadly asbestos was found after a commercial premises fire in Ballymena.

Six shops were affected in Broughshane Street in Ballymena. Specialist contractors had to be commissioned to remove the asbestos debris from the site after the fire.

Asbestos poses a health risk if disturbed. It is well documented that if the microscopic fibres are breathed in, they can cause asbestosis (a form of lung cancer).

The buildings have now had a survey carried out and have been demolished. A local Councillor (Timothy Gaston) expressed concern about the length of time it had taken to have the street re-opened. He was concerned about the asbestos that was found in the affected buildings.

A representative from Mid and East Antrim Borough Council confirmed asbestos was found in the roof tiles during the forensic investigation. They said that risk had been reduced due to the tiles being dampened down when extinguishing the fire.

Thankfully the clean up has now been completed and hopefully local businesses will be back up and running soon. To read the full Belfast Telegraph article click here.

We carry out Northern Ireland Asbestos Surveys across the country. If you need an asbestos survey before having refurbishment or demolition works carried out, then contact Philip on 07702 332 333. We are always happy to help.