philiphobsonPosted on 28th July 2017 Posted in Asbestos FAQ — No Comments ↓ 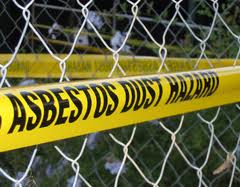 We always advise local businesses and organisations of the importance of maintaining an up to date asbestos survey of their premises. Sometimes things go wrong resulting in an Asbestos H&S Breach. It can prove very costly for any asbestos failings by the duty holder.

No Asbestos Survey for Building

A Hostel in Manchester has been fined £44k after employing contractors to carry out refurbishment works.

Manchester Crown Court were told of how workers could have been exposed to asbestos dust because the Hostel did not have an asbestos survey carried out before the project began.

The breach was discovered during a routine health & safety inspection. At the time work had been going on for months and included staff from six companies. It was not known if any of them had been exposed to asbestos.

Asbestos exposure can lead to serious health consequences in later life. This can be avoided in health & safety is strictly followed during any work. Having an asbestos survey is a MUST. It acts like a map of asbestos within the building. Any contractors coming to work in the building can check this “map” and they will have knowledge of asbestos being present. This can save lives.

Prosecutor J Hart said that “The workers in that basement were sent into potential areas of asbestos, just as a soldier is sent onto a minefield without a map.” Read the full article here.

If you are based in Northern Ireland and require an asbestos survey then please contact us. We can carry out a survey and report our findings directly to you in a plain English report. We can help you create an asbestos register that details the area and condition of any asbestos.