↓ Skip to Main Content
Home › Asbestos-Solutions-NI-Blog › What is Asbestosis? 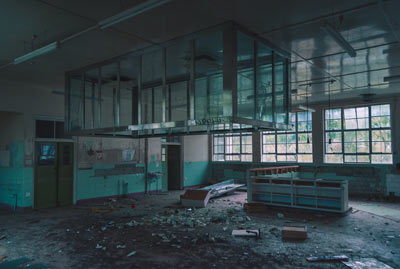 Asbestosis is a chronic lung condition caused by prolonged exposure to asbestos. Asbestos dust is already present in the air in Northern Ireland. At these levels they should pose no risk to health.

When asbestos dust is inhaled during normal breathing, the fibres damage the lungs over a period of time. Breathing a vast amount of these fibres over a period of time will often lead to asbestosis. Some people that have worked in asbestos factories and that have been in and around asbestos for a prolonged period have not been diagnosed with asbestosis. So there are other factors involved. (Amount of fibres, condition of asbestos, type of asbestos, etc).

Your lungs are an amazing tool but can easily be damaged, especially by asbestos. When you inhale asbestos fibres, cells in the lungs try to break the particle down before it gets into lung tissue and the bloodstream. Asbestos cannot be broken down in this way. The substance that is meant to break down this asbestos dust actually damages the aveoli of the lungs.

This damage leads to scar tissue in the lungs (Asbestosis). Aveoli has the job of removing carbon dioxide from your system and it also ensures oxygen gets into the bloodstream. When this has suffered such scarring, the breathing will be interrupted. This often leads to breathlessness and wheezing.

If you have been exposed to asbestos over many years then this is usually what causes asbestosis to develop. We discovered a warehouse worker that had contracted asbestosis. This was due to pigeons pecking at the asbestos slates on the roof of the building. Over the years he had been breathing in this dust without knowing.

People that have asbestosis usually die from related cancers rather than the asbestosis itself. It is very important to control exposure to asbestos. Many cases where people come down with asbestosis have been exposed many years ago. This was before the ban and subsequent controls were introduced.

Worried about asbestos in the home or commercial building? Please contact us to book a comprehensive asbestos survey. We have offices in Belfast and Coleraine, Northern Ireland and cover the whole country.